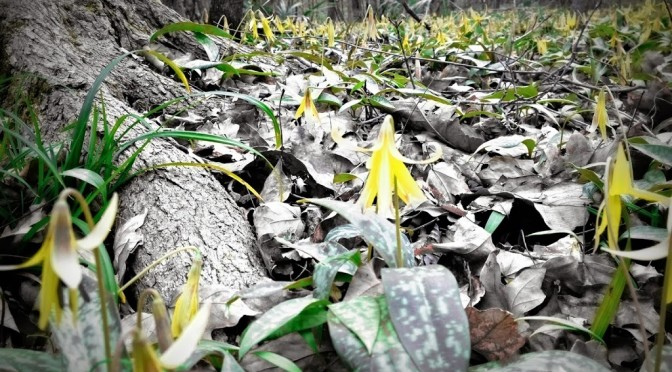 We very purposefully stumbled upon the Wolf Creek Trout Lily Preserve near Cairo GA this past weekend. Cairo (pronounced like the famous syrup) is not a place that you can easily stumble upon… it’s really in the middle of nowhere. There’s no hint from the roadside to the casual passer-by of the miracle contained beneath its trees.

Probably, I expected that the people who wrote the brochure were exaggerating. 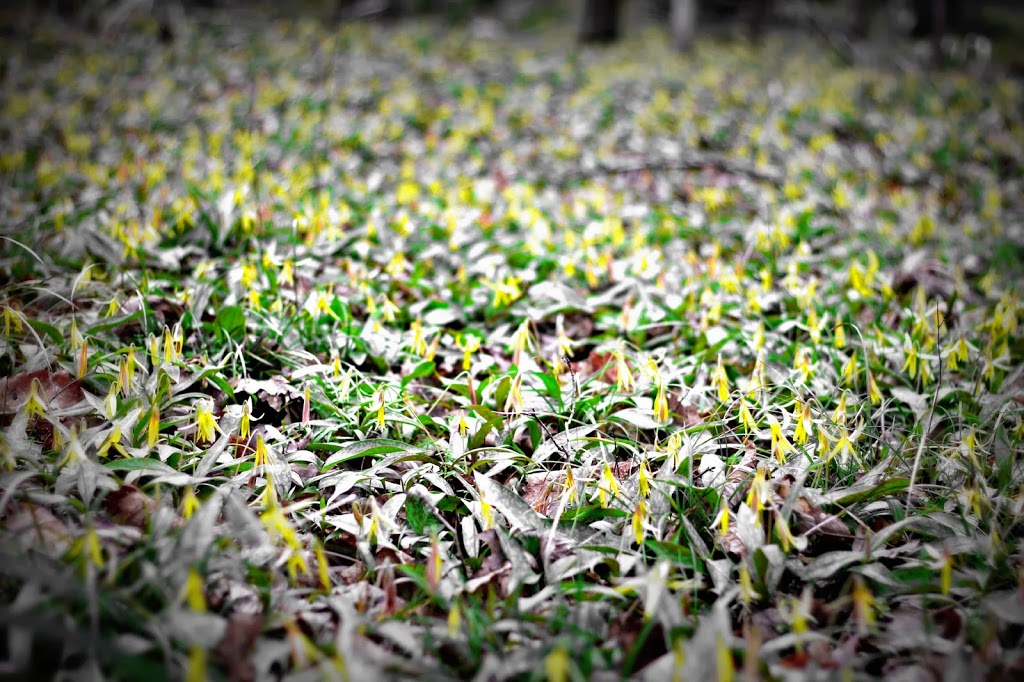 Trout lilies as ground cover, can you imagine? 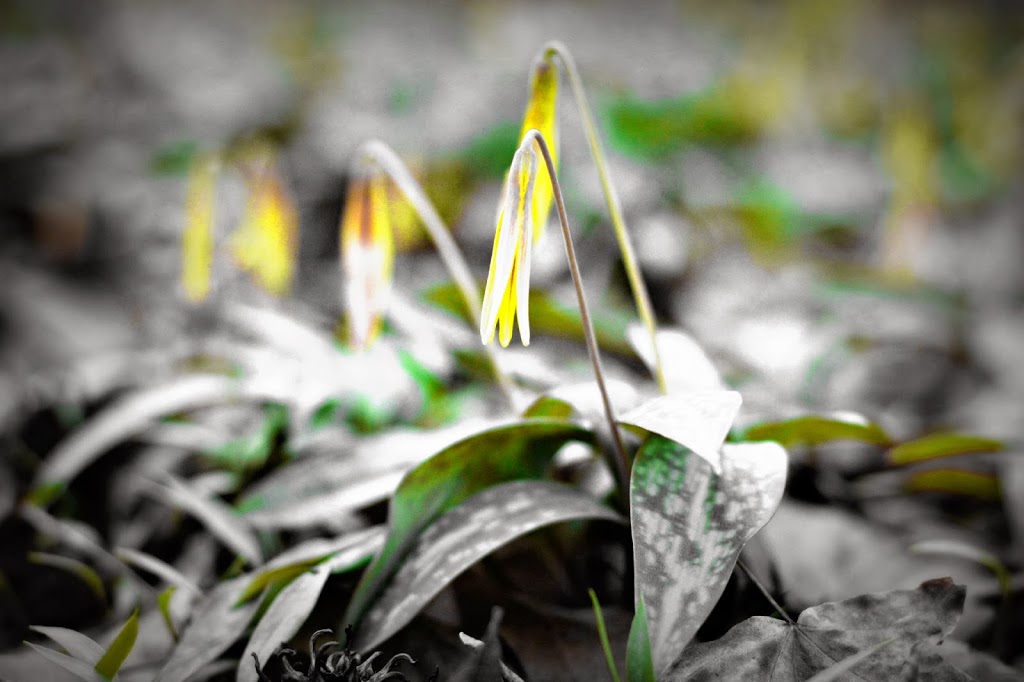 I suspect that this was, for many years, a closely guarded “secret spot” of the local wildflower enthusiasts. I also suspect that it was only made available for public enjoyment when it became threatened by a road crew or a developer and the locals needed money to preserve it. Not that it matters any; it’s now owned by county government and protected as the treasure it is…

Trout Lilies are a common harbinger of Spring in the Northeast; I don’t believe they’re very common in this part of the country and certainly not in this number. It’s said that this is the largest concentration anywhere. The day we visited was overcast and it was almost dark by the time we found the spot… that’s evidenced by the nearly closed flowers. We also found many, many Spotted Trillium and a couple (impossible to photograph) Twayblade Orchids. I’d think with more time there, I might’ve found all sorts of interesting things.

If you want to go out looking for Trout Lilies in your part of the world, pick a sunny afternoon (when the flowers will be fully open!) and look for them blooming on wet hillsides near streams. They’re a spring ephemeral, so do all their work of blooming and setting seed before the forest canopy puts them into shade for the season. Go early while it’s still freezing cold out. It makes finding them sweeter, trust me. Happy hunting and let me know what you find!

4 thoughts on “Trout lilies, by the millions”