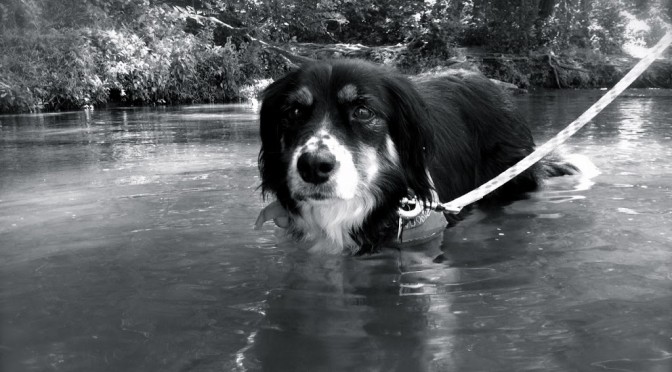 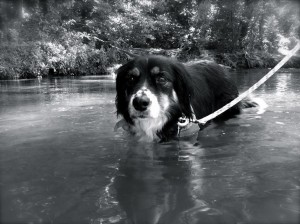 Looking tortured in the Chattahoochee River… 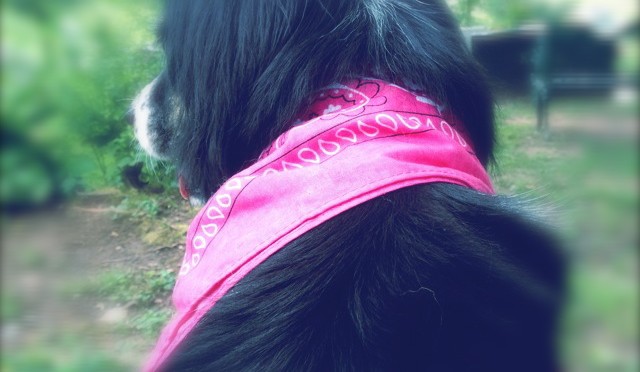 Maybe she was bored. Or wanted to get to know the new neighborhood.

Maybe, disoriented, she was trying to find her way back to the shelter and a life she knew.

Most probably she was just terrified.

Whatever the reason, last Thursday she bolted out the front door, took a left at the end of the driveway and disappeared for good into a steamy August morning.

We searched on foot, on bikes, in the car. Despondent, I called out to her in unfamiliar places, my voice still unknown to her, using a name she hadn’t yet learned.

We put up signs. We waited. I walked the neighborhood for the tenth time. Shelter volunteers that had grown to love her in her time with them came out to help us look for her. Nothing.

Until the phone rang that evening and someone had rescued her, yet again. It was incomprehensible to me that she’d been found; I thought I would never see her again.

How she spent that day, we’ll never know… how she navigated two very, very busy roads without being hit to end up 3 miles away… how a Good Samaritan convinced her to stop in her running long enough to be caught… 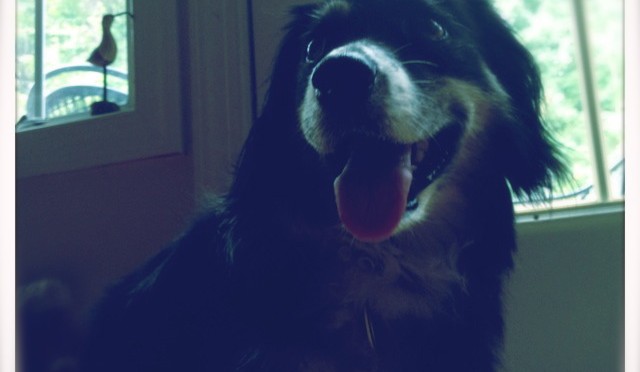 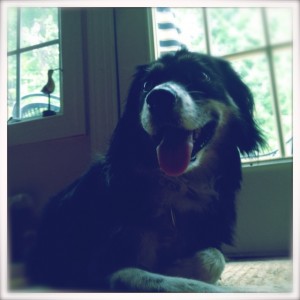 We sat in the parking lot of the shelter and very nearly went home without her, for a second time. Then we twisted each other’s arm and, just like that, it was done.

Some very basic and important part of me is made happier by having a dog. I’d been trying to deny that the past couple years since splitting with the ex-DH, but all the practicalities in the world couldn’t change that part of myself. 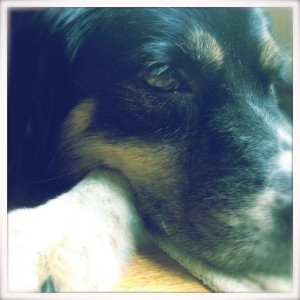 She’s 10 years old and a mix of perfectly polite and adorably unsure of herself. She’s cowering under the desk as I write this during a thunderstorm. Her first inclination when feeling anxious is to climb on top of something. She wanders around, following behind us like a houseguest that’s run out of tourist attractions to visit. She’s scared of cars and utterly oblivious to the cat who’s in a state of permanent hiss. 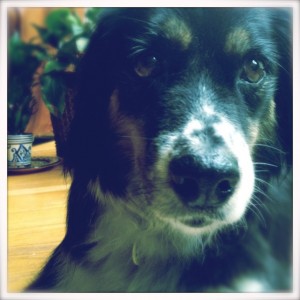 Nobody slept the first night. Last night we slept shifts on the floor beside her. For tonight I’m stil hopeful. Little by little her head and tail are coming up and she’s making tentative eye contact.

Who knows what her life before was.

Her eyes are sad, sad, sad.

We mean to change that.