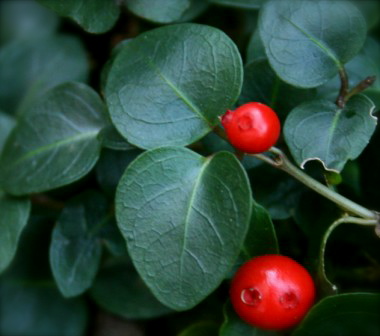 “The year achieves another solstice as the great wheel of time turns with the earth and the seasons. Winter, by the calendar, begins tomorrow, though the year’s shortest days have been upon us for almost a week. The solstice is a marker on the charts, but winter abides by its own schedule of wind and weather.

Since man was first aware of the changing seasons, the winter solstice has been occasion for awe and wonder and a challenge to faith. Hope and belief are easy in a warm, green world, but when the cold days come and the sun edges farther and farther south, cutting a constantly smaller arc across the sky, the imminence of utter darkness and oblivion seems at hand. Then the sun stands still. The turn comes. The crisis passes and the sun slowly climbs the sky once more, reaching toward another spring, another summer.

It was, and it still is, an annual miracle. Hope and belief were, and still are, once more justified. There is order in the universe. The seasons still march in their eternal sequence, and winter is neither pause nor punishment, but a part of the year’s whole. Ice and stormy wind are inevitabilities, but they pass even as the leaf and the blossom, equally inevitable in their own season, ripen and are gone.

The year has its own fourtold truth, indelibly marked on the turning earth. Now we know it whole for another turn of the great wheel. The cold verity of winter completes the cycle.” 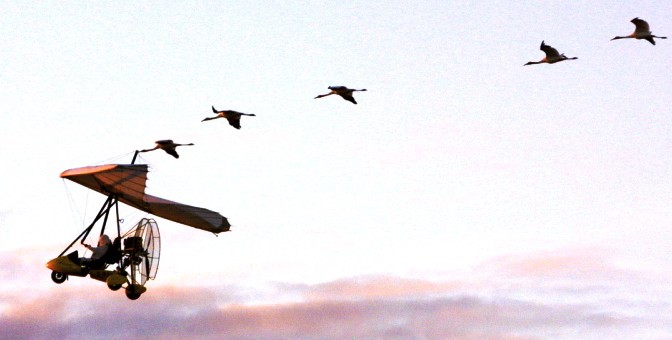 Keep some room in your heart for the unimaginable.
–Mary Oliver

Five endangered Whooping Cranes, the twelfth such group to be led by ultralight from Wisconsin to the gulf coast of Florida, arrived the Friday after Thanksgiving on their wintering grounds at St. Marks NWR.

And we were lucky enough to be there to see it! 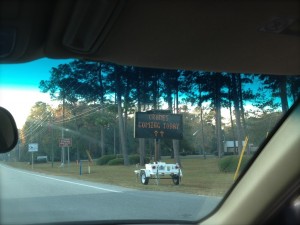 The cranes arrived a full month ahead of their usual schedule and we were in the neighborhood for the holiday, so we just followed the signs!

I’d been wanting to see the Whooping Cranes at St. Marks for years; I’ve since learned that it’s practically impossible to see them other than when they arrive because the group is secreted away in a distant part of the refuge to protect these terribly endangered birds and to minimize their contact with humans. 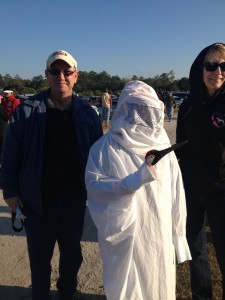 Anyone who interacts with the birds wears a funny suit like this to prevent the birds from imprinting on humans; even the ultralight pilots wear a crane suit. Understand that the staff and volunteers with Operation Migration raise these birds from hatchlings and train them to fly behind an airplane in order to teach them a migration route; the ultimate goal being to reestablish an eastern population of wild migratory Whooping Cranes. Seeing them arrive at St. Marks feels like a huge success, but it’s really just the beginning for these five juvenile birds. They have much to learn during the winter ahead. If things go as planned, this spring, they will make their way north without an ultralight to guide them and will continue making this north-south migration for the remainder of their lives. 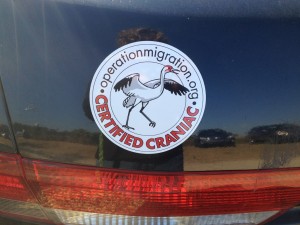 Many people follow their progress via the web and call themselves “Craniacs”; some even follow the birds’ journey and travel to “flyover” sites, such as the one we visited in St. Marks, to catch a glimpse of them. Regular updates about the cranes are posted in a field journal maintained by staff and volunteers… it’s fun reading and a great way to keep up with what’s happening… click here for a look! Somewhere on Operation Migration’s website (when the birds are migrating south with the ultralight) there is a list of flyover sites posted ahead of time… maybe one will be in your neck of the woods next year!

We waited around at the flyover site for about 45 minutes… there was a delay due to frost that morning. First we saw the tracking van, with its antenna on the roof, pull into the parking lot where the crowd had gathered. A couple minutes later the birds and the ultralights came into view over the distant treeline… they circled around us a couple times (to much cheering from the crowd!) and then disappeared over the horizon to make their way to their secret spot on the refuge where the cranes were “dropped off” for the winter. The pilots and support team returned to the flyover site an hour or so later to answer questions and such. My impression was of a tight-knit group that really enjoys what they do. And they love these birds.

I’m not skilled at making videos with my iPhone, but I get goosebumps watching this, still. My silly giggles at the end say it all…

Top photo from USFWS; used without permission. My iPhone pix were awful. 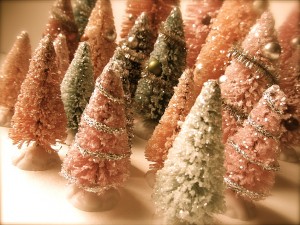 (and bottlebrush tress, of course!)