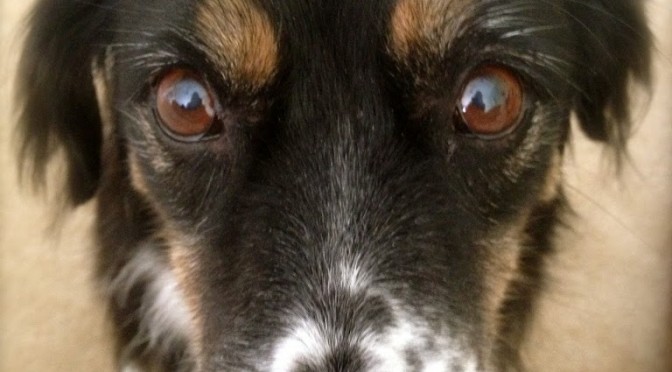 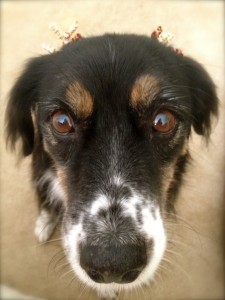 I think the ribbons on her ears are a nice touch.

Sadie’s embarrassed by them.

Jay, the good sport who walks her in the park, thinks they’re ridiculous.

He was ready with a story should anyone ask: 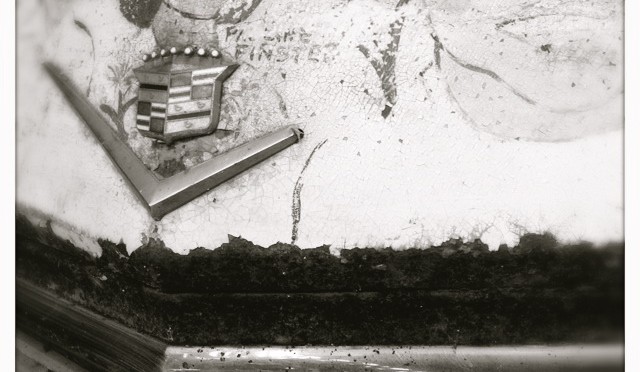 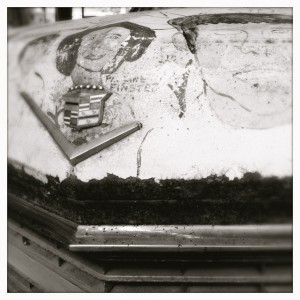 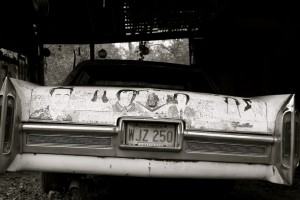 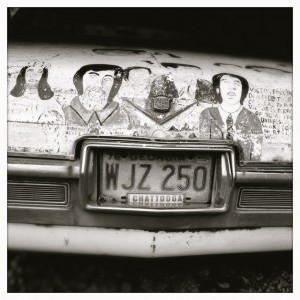 You can keep the painted daisies and faux rhinestones… 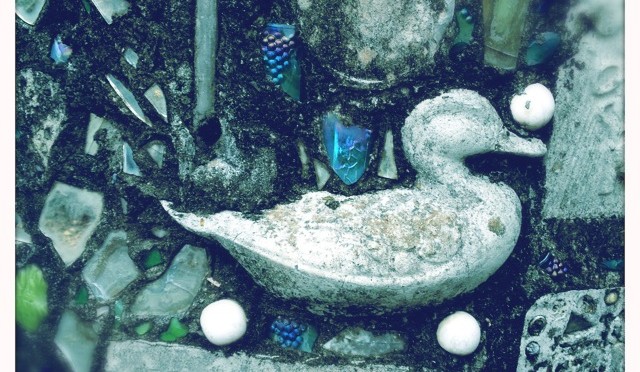 A couple weeks back I visited Howard Finster’s Paradise Gardens. I’d never heard of Finster before visiting the High Museum in GA and had been sort of plotting to see the place ever since.

He’s probably most well known for the type of work featured in this post… the fact that I included such a photo in a post relating to a client’s mental illness tells you what I think about Finster’s mental stability, but anyway… 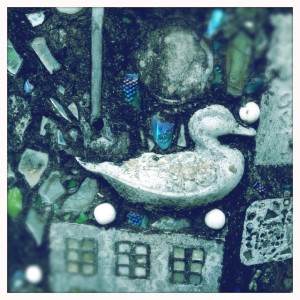 Rather than being turned off by the religious nature of his art, I think I like it because of that… it’s so improbable to find bible verses painted on bicycles, on Cadillacs, on windowpanes and random pieces of cardboard. 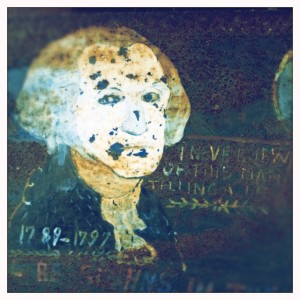 Sadly, most of his “good” art has been carted away to museums and what’s left behind at Paradise Gardens is mostly just the weird stuff, but I enjoyed that, too.

I could (and may just!) do a whole post on the randomness of the place. 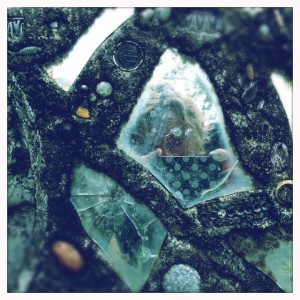 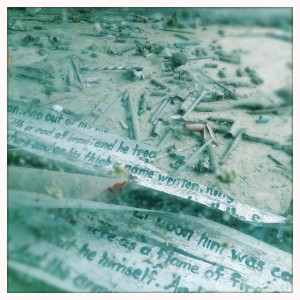 Finster was a collector of found objects and a recycler extraordinaire. 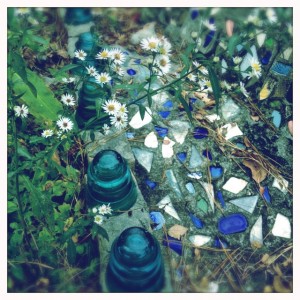 Nothing there is very well-kept anymore, but that makes the beautiful bits that much more interesting, I think.