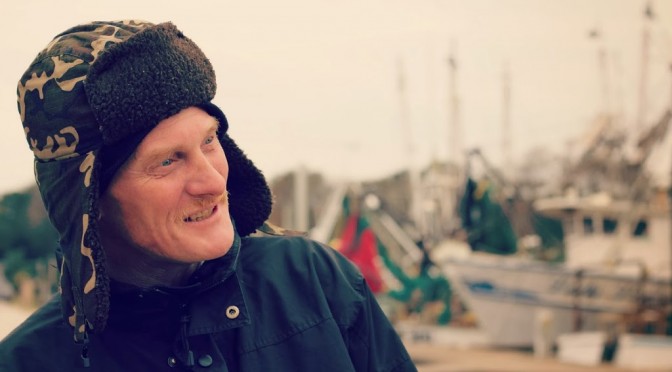 We went wandering over to Apalachicola this afternoon to look at the shrimp boats there and found this gentleman first. He came over to tell us about the bald eagle he sees around the marina. I thought maybe he was the watchman, but no, he said he’s camping out there beneath the maritime museum building until they give him a job. He told us he’s worked on fishing boats in Alaska too, so I figure he can handle the Florida cold.

This photo is #10 in my 100 strangers project. Find out more about the project and see pictures taken by other photographers at Flickr 100 Strangers or www.100Strangers.com

It’s easy for me to forget where I am sometimes and get excited about birds that I shouldn’t. Eastern Phoebes and Pine Warblers, for example. They merit a FOS (first of season) post heralding the arrival of Spring to the local birding group in NJ, but here they’re regulars and spend the winter without anyone getting excited. The opposite of that almost happened with these Sandhill Cranes passing over Cape May Point… in Atlanta you can see scores of them heading south along the interstate on any fall day, but in NJ, they’re something special. In my heart, they’re something special. The wild sound of their cries drifted back to me long after they’d soared out of sight.

While I would’ve loved to visit all my favorite places and all my favorite people, there just wasn’t enough time. There was a visit to Sandy Hook for a very-far-away Snowy Owl and a drive past the coastal ponds that hold ducks all winter long. There weren’t many ducks yet, but those familiar places felt good anyway.

At Stone Harbor, we walked slowly, scanning the dunes and grass for what we knew was there, and found it facing a small rise that served as a windbreak. Snowy Owls may occasionally perch in trees or on a fencepost, but they are birds of wide open places and prefer to rest on the ground. This is not my first Snowy Owl, but as with all birds of prey, I’m impressed with the indifferent serenity of this predator with few fears, beyond the local pair of Peregrine Falcons.

First through binoculars and then with the spotting scope, we watched the owl’s half-closed eyes and mottled feathers, the head swiveling around occasionally in a smooth, liquid fashion as if it might just come unhinged at the next turn. The bird’s presence, despite the crowd of onlookers, was such that it seemed to transform this popular beach into tundra. When you see a bird like this, one that is so unconcerned, so self-contained and so strikingly beautiful, it is hard to turn away. The desire to see every detail and to keep looking is strong. The temptation to get closer is almost overwhelming. Instead we take photos, perhaps to assure ourselves later that the bird was real.

Walking the beach with the Cape May lighthouse in the distance, a flock of Snow Buntings came flying right at us. There must have been at least a hundred of them and right before it seemed that they would mow us down, they parted and we were surrounded. Their colors seem copied from fields where snow drifts hide all but the tops of the tallest weeds… large spaces of pure white touched here and there with black and gray and brown. All I heard was the rustle of wings and the ocean… it was glorious. I felt lifted up and then they disappeared back into the dunes.

Gosh I miss marshes and the harriers that haunt them! The sight of this one, troubling shorebirds as they fed on the mudflats of the refuge, had me laughing and singing to myself, “Watch while I make these Dunlin nervous…” which is a random reference to a Wheeler Boys song…

These birds, too, belong to a far away winter world. It was late afternoon and I was standing out in the cold waiting for the Snow Geese to fly across the road from one side of the refuge and over my head to the other side. It is one of the most spectacular things to witness… the gigantic flock of them, the lowering sun coloring up the white of their undersides, the noise of them. I love seeing them this way on a winter’s day too, with the hotels of Atlantic City as a backdrop. There might be a hundred different things in your head: things to do, worries and hopes, resentments and regrets. But it’s all forgotten listening to the noisy waves of geese and I felt my mind go clear, silent, here.

These words are here just to remind myself now. I was there. I was happy. Has it been a month already? 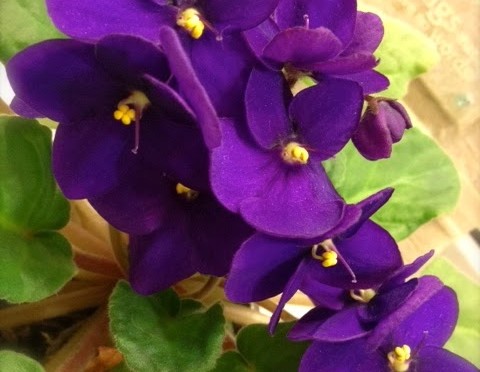 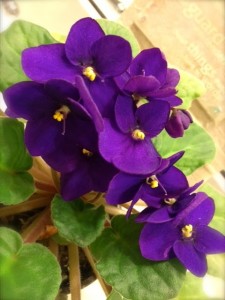 I’ve somehow managed to get the African Violet to bloom again! 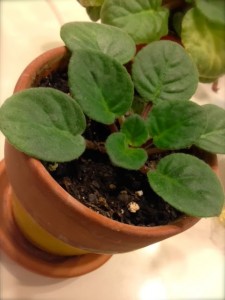 And I took cuttings a couple months ago and magically made a healthy new African Violet! 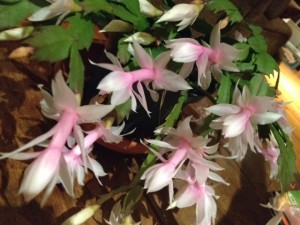 And while I was away for Thanksgiving, this happened!
I’m not sure when I grew a green thumb with houseplants, but I’m feeling quite accomplished. Or maybe just lucky. 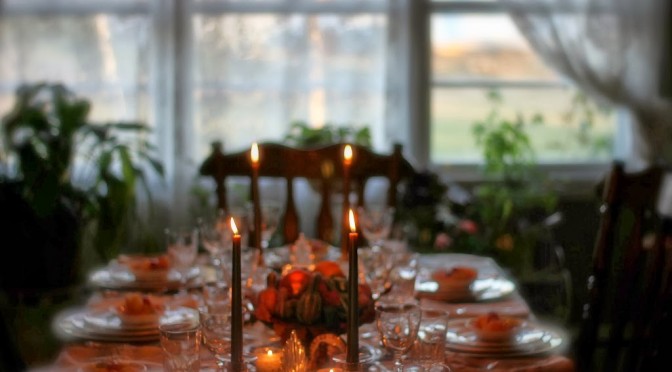 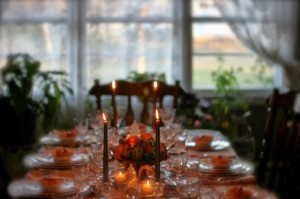 I’m home now from Thanksgiving in NJ… tired but happy. I’m glad to report that vast quantities of mashed potatoes were consumed (as was a piece of Brian’s homemade cheesecake). I found my winter coat and was thankful for it. Surprise of all surprises, I found time amid the holiday craziness to see some good friends, as well as some good birds. Thankfully, we did not forget the Brussels sprouts or the mashed turnips. There was a beach walk and lots of wide-eyed staring at the places I miss so much. I thought about my dad a lot.