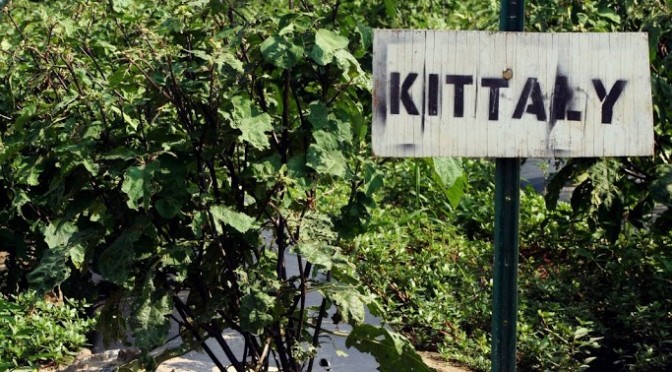 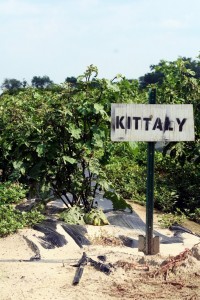 For Vicki’s Saturday Shopping Challenge this week, I thought I’d try my luck at one of the U-Pick places. Other than apples and pumpkins in the fall, there’s not much local for picking yourself, so the DH and I drove an hour or so west to a U-Pick farm that I used to visit occasionally to buy greens for the bunnies.

Collecting our buckets for picking felt something like standing around in the international arrivals terminal at the airport; I registered at least five different languages being spoken. Apparently, many farms and CSA’s in the area are catering to the 1.5 million immigrants that make their home in NJ by growing produce from around the world. At least 2/3 of the farm fields today were planted with vegetables that were unrecognizable to me: African eggplants like Kittaly and Bitter Ball, greens like Sour Sour and Callaloo, Thai peppers and eggplants. Judging by the carloads of families there picking, I think I must be missing out on something good… and according to the manager of the place, more traditional (less ethnic) vegetables rot in the fields because (white) people are too lazy to spend a day picking them, so they’ve made a business of planting what can’t be found in most supermarkets.

Potatoes and onions were ready today and I re 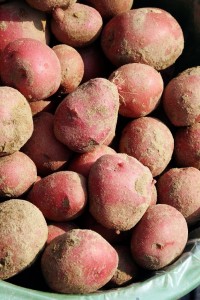 cognized them, so that’s how I spent my $20. A bucket of red potatoes went for $10 and I had the most fun digging them out of the dirt. Has anybody else ever pulled a warm potato out of the sandy ground and been amazed with the way things grow? Very cool.

A dozen or so big sweet onions went for $4.18 and the DH grabbed some odd melon from the farm stand on the way out and we called it a day for $20.17.