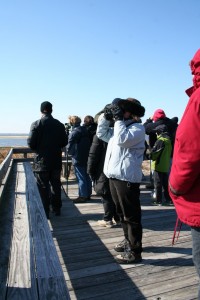 Is February an easy month to find birds anywhere?

Sandy Hook can be something like a wonderland of waterfowl at this time of year, but today it mostly wasn’t. There were a couple of distant loons, a speck raft of red-breasted mergansers, a long-tailed duck or two, an imaginary harbor seal, a nice flock of faraway snow buntings and great looks at the world’s largest gull.

We did get to see this great big boat heading out to sea though. 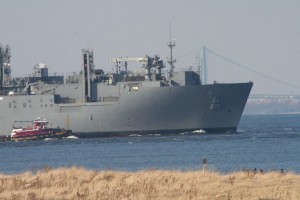 e lack of birds, it was a beautiful day to be out, with a hint of spring in the air. Not really, but at least the wind wasn’t quite so biting for a change.

7 thoughts on “The worst bird walk ever*”