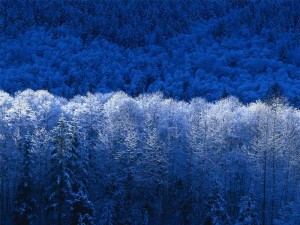 ” Here comes February, a little girl with her first valentine, a red bow in her wind-blown hair, a kiss waiting on her lips, a tantrum just back of her laughter. She is young as a kitten, changeable as the wind, and into everything. She can sulk, she can beam, she changes from one minute to the next. February is a phase, a short phase at that, and she has to be lived with.
February can’t be taken seriously too long at a time. It starts with Groundhog Day, which is neither omen nor portent, but only superstition, and it ends, often as not, in a flurry of snow. It is sleet and snow and ice and cold, and now and then it is waxing sunshine and tantalizing thaw and promise. February is soup and mittens, and it is a shirt-sleeve day that demands an overcoat before sundown. It is forsythia buds opening in the house and skid chains clanking on the highway. February is sunrise at 6:30 for the first time since November.
February is a gardener pruning his grape vines today and shoveling a two-foot drift on the front walk tomorrow morning. It is a farmer wondering this week if his hay will last the Winter, and next week wondering if he should start plowing. It is tiny, tight catkins on the alder in the swamp and skunk cabbage thrusting a green sheath up through the ice. February is the tag end of Winter –we hope. But in our hearts we know it isn’t Spring, not by several weeks and at least a dozen degrees.
There’s no evidence to support it in the dictionaries, but some say that February’s name comes from an ancient and forgotten word meaning *a time that tries the patience.* ” —–from Sundial of the Seasons, 1964