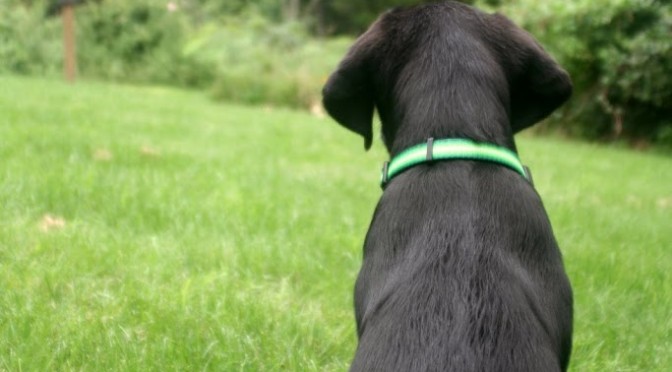 Luka seems to be growing as we watch; he’s thin, but has long legs that will reach the top of the kitchen counter before very long. His appetite is ravenous and he’s learned the bad habit of barking non-stop while we prepare his meal. We’ll be curing him of that real soon! Tummy troubles and a trip to the vet have him spoiled with homecooked meals for the last week or so. Boiled chicken and white rice, accented with green vegetables, every six hours. Warmed in the microwave, if you please.

What brand do you all feed your dogs and do I need to obsess about it as much as I have been?

We’ve been crating him for half the day and he’s doing well with that. I was worried for the state of my kitchen baseboards and could only imagine the trouble he might cause when he’s really teething in a month or two. My husband is the soft touch who doesn’t like to use the crate, so I take the role as the bad guy who crates him before leaving for work; then my husband can be the good guy who lets him out at lunchtime. I bought a few of those Kong toys over the weekend for Luka to keep himself amused with while in the crate. I think he makes quick work of them, but at least he goes happily into the crate when I leave and doesn’t see the crate as any sort of punishment.

We’ve been going to puppy classes one night a week, but skipped last week while I got us into a different class with more puppies. The class we were in consisted of a 5 month old Lab who only came once in a while and a cranky little 2 year-old Bijon that was scared of my pup. Not much happening in the way of socialization there, so we got out. I’m curious to see what the new group will be like – hopefully it will be a better fit for us.

I’m taking him with me everywhere – much to his delight! Just tonight we strolled through downtown Red Bank and were stopped every 20 feet by some new admirer. He loves the attention. We’ve been to the beach and the woods, and he even got his first taste of swimming. We met a huge Newfoundland that day at the beach – that dog could really swim! Luka had the chance to say hello, but somehow got himself tangled up in his lead under that monstrous dog and had himself a good scare. His puppy bravado changed tune pretty quickly and I had to rescue him from the furry bear that towered over him. Silly pup!